My passion for photography began back in high school when I became the editor of my newspaper.  I then went on to Columbia College and was named College Photographer of the Year.  With this came a full time job at the Daily Southtown newspaper in Chicago and then on to the Chicago Sun-Times newspaper for 14 years.

My cameras have always been a passport allowing me a front seat to history.  I am continually honored when doors open and people invite me in to document their life.  While at the paper, I had covered countless historic events, such as presidential elections, Michael Jordan's entire career with the Chicago Bulls, many faiths celebrations and rituals.  I've traveled around the world for weddings and human-interest stories for nonprofit organizations.

I have since moved on from the newspaper industry. Now, a partner with my wife Dawn Davis in our own endeavor, Bob & Dawn Davis Photography & Design, you have to pinch me!  Our client list reads like a “Who’s Who” of entertainment’s elite.  We had the honor of photographing “A” list weddings such as Eva Longoria & Tony Parker's wedding in Paris, Salma Hayek & François-Henri Pinault's wedding in Italy, La La Vazquez and Carmelo Anthony's wedding in New York, Tracey Edmonds and Eddie Murphy's wedding in Bora Bora, ABC’s TV show The Bachelorette Ashley's wedding to J.P. in Pasadena, California, along with many other fabulous events with Oprah Winfrey.  I was also commissioned to work on the book America 24/7 that was featured on the Oprah Winfrey show and was a New York Times Best Seller.
Our work has been featured in publications such as People, OK, O Magazine, InStyle, Inside Weddings, Town & Country, Munaluchi, Grace Ormonde, Modern Luxury, The Knot, Ritz-Carlton magazine, Professional Photographer, Rangefinder, Popular Photography and more.
I am honored to be a member Canons Explorers of Light, a Westcott Top Pro Elite Photographer, ProMedia Gear Ambassador, and a member of SanDisk Extreme Team.  Dawn and I are the authors of Lights, Camera, Capture, and We’re Engaged!
I am happily married to my wife, Dawn, and together we have two beautiful children, Bobby and Alli.

Bob and Dawn Davis are based out of Chicago Illinois. 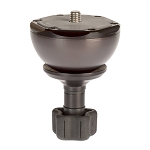 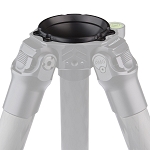 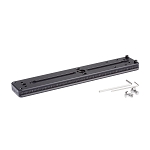 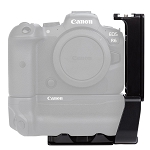 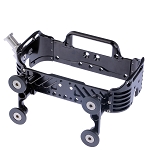 BLPB2 Profoto B2 Battery Pack Cage with Stud for B2 Head 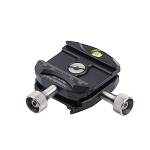 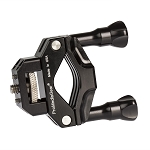