Canon 90D DSLR Camera, what we think about it, our review

Posted by Tom on 9/29/2019
Share |
Canon 90D that looks like top shelf offering Crop Sensor DSLR from Canon with the 32 megapixel sensor that seems to be shaking up the camera game for Canon in this niche.

4K Video seems to be standard now so canon has no excuse not to include any more, but they found a way to limit video in another way, for a true professional filmmaker, they took the option of 24 frames per second out, it's nowhere on the menu.  Till now we have not hear of any reason why they have done so, we're left to theorize on our own, and do think that was a protective move by canon, as this camera is so good.  I enjoy the body much more than 6Dmark II and that's to added controls on the body and the joystick.

Autofocus improvements are plentiful as well.  It has two autofocusing systems,  we now have a 45 crosspoint auto focus system through the viewfinder for lenses with apertures of F 5.6 or larger,  and also dual pixel out of focus which can be used for live view as well as video recording.    In addition to that we also have a decent eye and face af system.

Since this is a DSLR it has an optical view finder with 100 percent coverage, so you can e easily compose optically and see action without any delays, however if you shoot this way in high speed it blocks it out significantly as the mirror mechanism isn't as fast as on 1d mark II for example.

Switching to live view is available in any mode, in live view camera pops the mirror up and activates preview on the LCD screen in the back. This is very nice because I can super quickly switch between photography shooting modes, through the viewfinder or live mode and also, I can switch to video recording mode with rotating the dial around the same button, again ergonomics here are superb, I don't have to go into a dedicated video mode to activate video recording at moments notice.

There's also an addition of a metering sensor that delivers phase detection auto focus. In high-speed shooting mode this body is as fast as it's big brother the 7D mark II, at this price point I'd consider this camera budget friendy, making the entry for the sports photographer much cheaper with this model.  Couple that with a decent lens like a sigma 150-600 and you have a killer combo at just over 2,000 dollars for birding or sports photography.

Stabilization, or more accurately in body image stabilization is still missing from canon.  I think by now we all know just how useful this type of stabilization is, at least to  Cannon's credit they seem to be covering that with most of lenses that they release now, but this is one feature that is always useful. Rumors are that eventually Canon will equip the Mirorrless cameras with In Body Image Stabilization

Video: Canon is finally adopting 4k video in their DSLRs, however as I mentioned above they had to cripple it in some way, we do have the great auto focus now, but sadly only frame rates that are available are 25 and 30. It's really puzzling that Canon didn't include the 24 p mode.
The 4k video is shot uncropped 4K and at full sensor readout which increases sharpness.

Ergonomics much improved over 80D, you still have the nice fully articulated LCD screen but you also get a joystick which is remarkably useful for adjusting various menu settings preview buttons focus points.  This previously was only offered on higher end models

------------------------------
So about a year ago I purchased a Canon 6D Mark II for video blogging, because I thought I didn't really need to shoot everything in 4K video. And believe me I don't, 4k video slows me down in production and especially in post-production, but I think I would gladly switch to this camera and have the 4k option when I need it, only if it had the 24 p mode.

Let's talk about megapixels, the Crop sensor DSLRs seem to have capped out at about 24 megapixels so this really beats it out at 32 That's about 30% more pixels, extra room for cropping or bigger prints.
The image sensor image size is 6960 x 4640, so if you print a picture at 300 DPI you'll get a print size of 23 inches on the long side and 15.5 inches on a short side.

Now things I don't like, obviously no built-in image stabilization, I know it's a DSLRs but using cameras from Sony of Panasonic, especially when combined with stabilized lens makes for an extremely well stabilized image. Second things I really don't like or it actually maybe the first is the lack of 24 p mode for video, what was Canon thinking here. It had to be deliberate I mean they do offer 25p, clearly here they are just protecting their higher end cameras.

Body and design does feel a bit light but solid, I've grown used to lighter DSLRs so I always like to handle the 1Dx but carrying it all day it just gets heavy

On the top right side you get the LCD display with the AF button drive exposure selections. the best teacher of this 90D versus ADD is the addition of the joystick on the back just above the main dial.

Battery that's rated to 1300 shots for charge. It still the same old battery that started with 5D mark one I think even so that's awesome because all the batteries you have from Canon will work in this one as well.

Screen is bright and sharp; it is fully articulated at any time you challenge the position of the camera shooting either high low you will find yourself that you can adjust the screen to accurately judge composition. Flipping to the front mode you can still have the screen facing forward without blocking the ports. Touchscreen is intuitive and you can pretty much change all the menu settings on it as well as use the screen during shooting to adjust picture parameters.

Ports on the left side, microphone jack USB and it's a micro USB instead of USBC which is the standard now so you won't be able to charge battery through this port, and the mini HDMI port

Now let's keep looking through the body on the right side you'll find the single slot for an SD card, yes it's a prosumer camera not a professional camera body.

In Conclusion this camera is a very capable performer for photo as well as video acquisition, unless you need 24 frames per second, if you’re an avid filmmaker then this camera is not for you, just because of that.

Canon improved it in many ways over 80D, the joystick, 4K video recording, dual pixel auto focus in 4K headphone and microphone jacks, and a decent phone app to control it remotely.  It’s an excellent camera for the price, probably best bang for the buck from Canon. 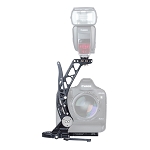 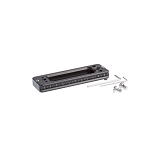 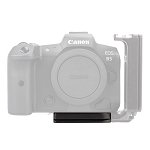 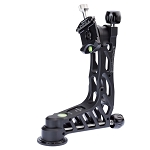 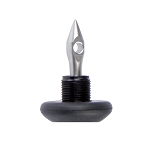